One of the coolest things us wildlife artists’ get to do is collect reference material. If you are serious about getting good reference, the zoo just won’t do. Besides being no fun at all in comparison, zoo animals tend to be over-weight and not as muscular. Many situations are funny, sometimes heart pounding (Like the time I got cornered by a bull moose in full rut. I obviously survived for those of you concerned 🙂 ). Observation of these animals in their natural environment is of great importance to the artist as well. Getting to know how they behave and interact with one another is invaluable when I’m back in the studio working on new concepts and ideas for paintings. I’ll be posting these and other images regularly on my blog and at my website at http://www.kronenbergart.net. Click “follow” if you haven’t already and you can be notified with each post. 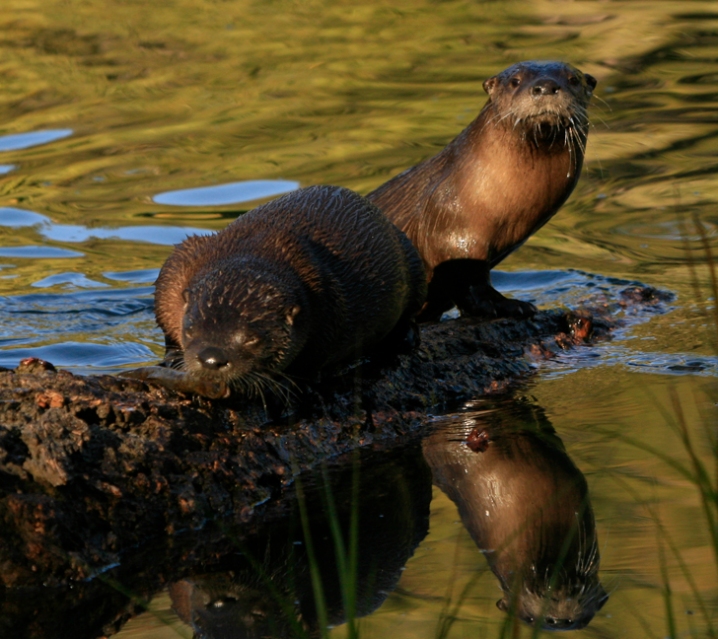 River Otter photographed in Yellowstone National Park. We hiked just a short distance above Mammoth to a small lake and found these two hamming it up for us. If you look closely, the one in front has a fish on the log. He kept bringing it up to show it off to us. 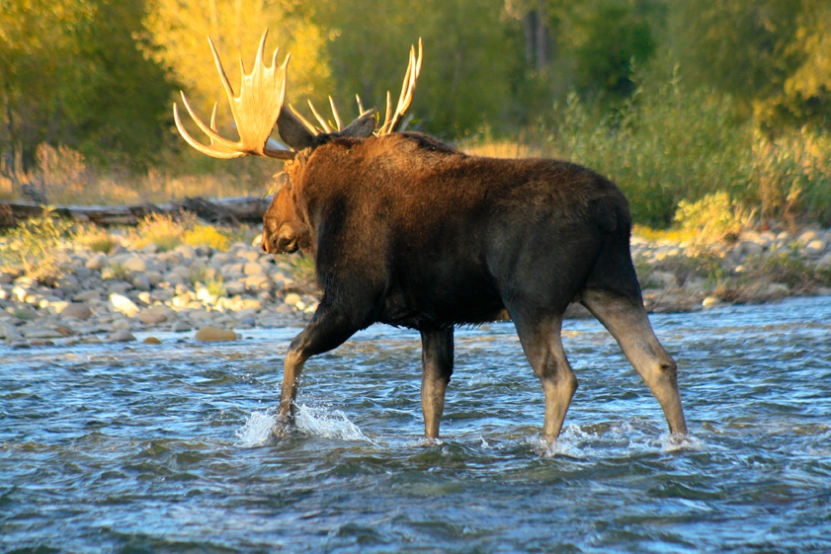 One of my favorite spots in the country to capture images of bull moose in the Gros Ventre River in Teton National Park. If you get up early enough there is nothing like the first light of day bouncing off the antlers and shiny autumn coat of a big bull. 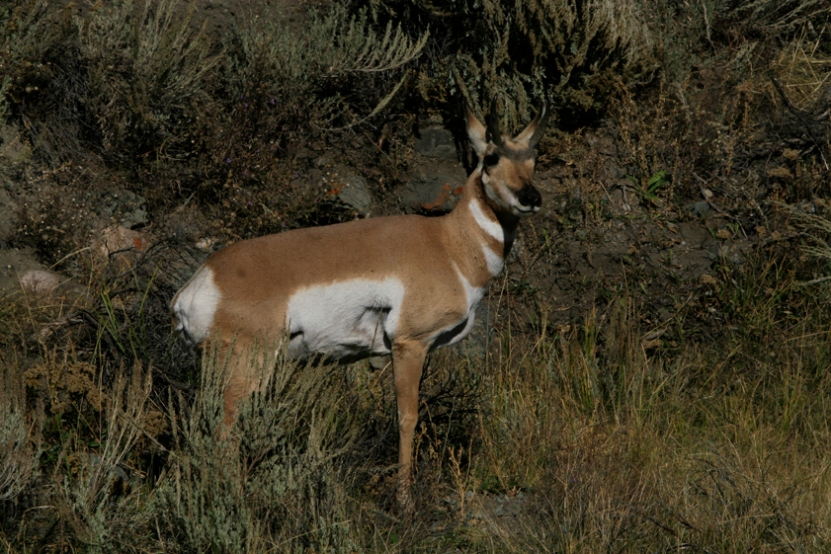 This young Pronghorn was photographed in Yellowstone. The Pronghorn is the fastest land animal in North America. To see one of these things tear across an open plain is amazing. 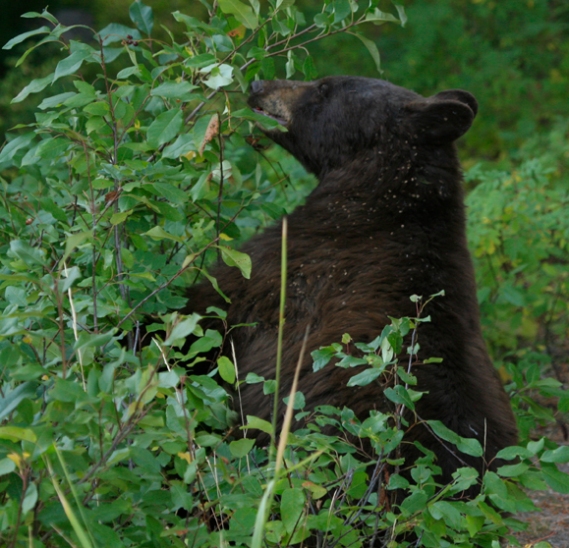 As we were photographing the River Otter above Mammoth, we heard some brush rustling behind us. So did the Otters. They made an exit to the other side of the lake. This Black Bear was looking for berries and we were surrounded by them. He didn’t stay long, but we got some great shots before he left. 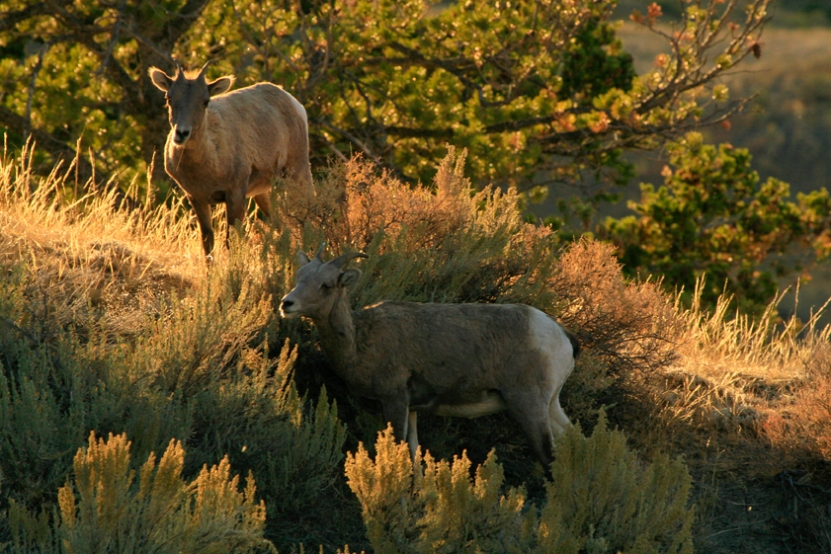 Just outside the west entrance of Yellowstone we spotted some Bighorn sheep through a scope close to the top of the mountainside. It was a looong tiring hike up but the reward was this beautiful light and setting. 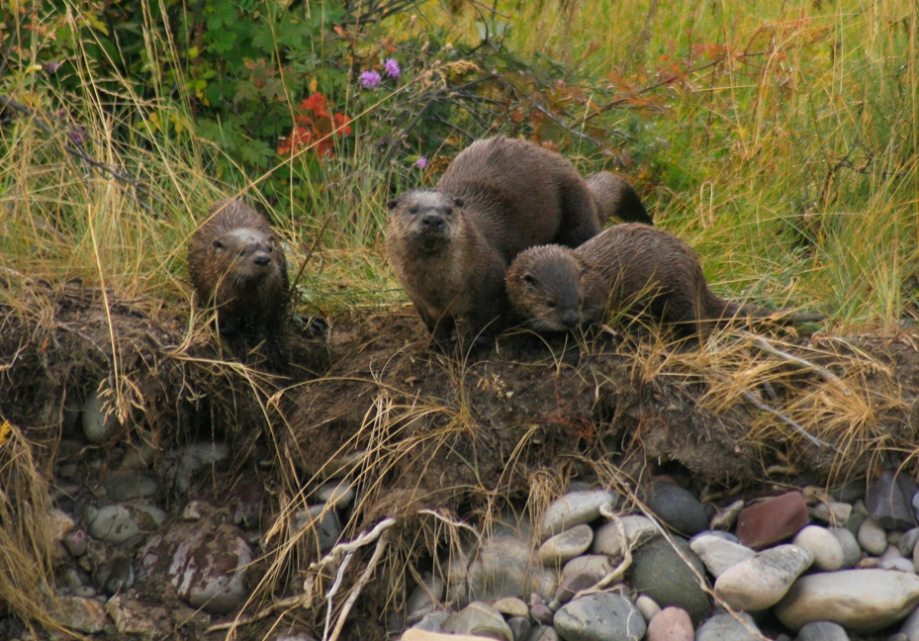 We had just finished a great morning of photographing Moose on the Gros Ventre River in Teton National Park. As we stood in a small circle sharing stories and preparing to move on we hear some chatter behind us in the river. This family of four River Otter put on a great show for about twenty minutes. Otter number four is out of the frame. No doubt the disobedient on of the bunch off on his own. 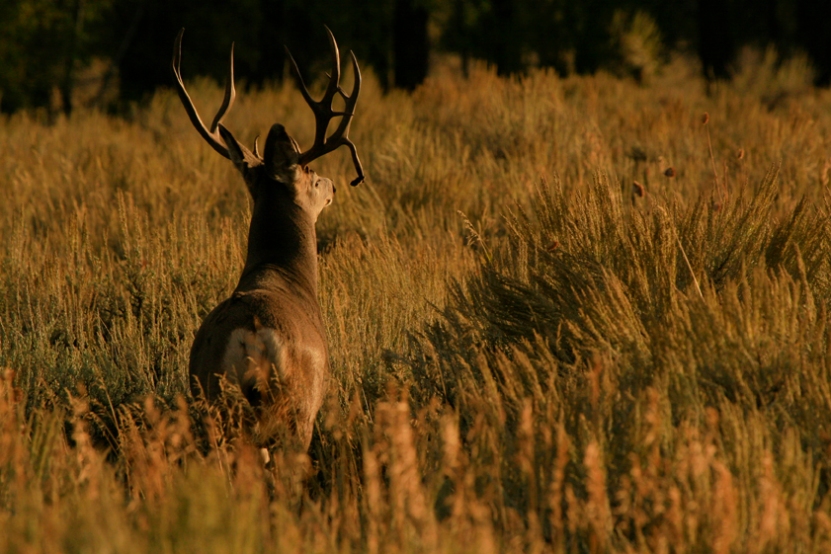 I can’t take credit for spotting this one. My buddy and fellow artist Chad Poppleton and I where actually out looking for Elk when he yelled, “Buck! Stop!”. He has a great eye. It took me a bit to spot the antlers through the brush as this guy was bedded down. We moved in slowly towards him and as we got close enough to reach with the cameras made just enough noise to stir him up. 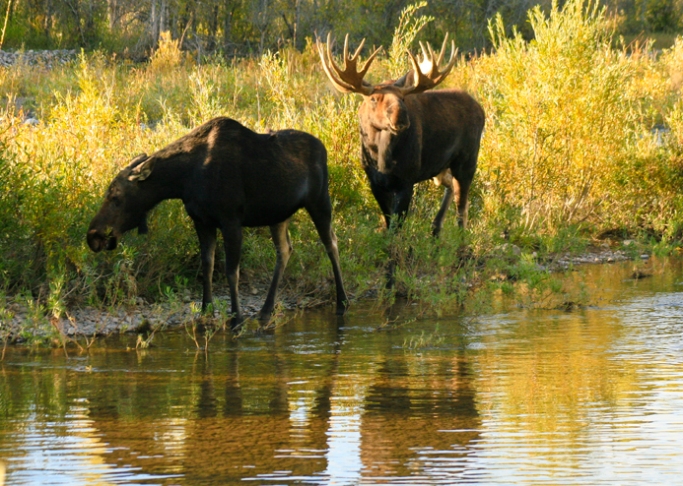 Just like people aren’t they? She is ignoring him and he is strutting it trying to get noticed. These two were fun to photograph. The setting could not have been better. Great light, water and an active cow and bull moose. This scene almost paints itself! 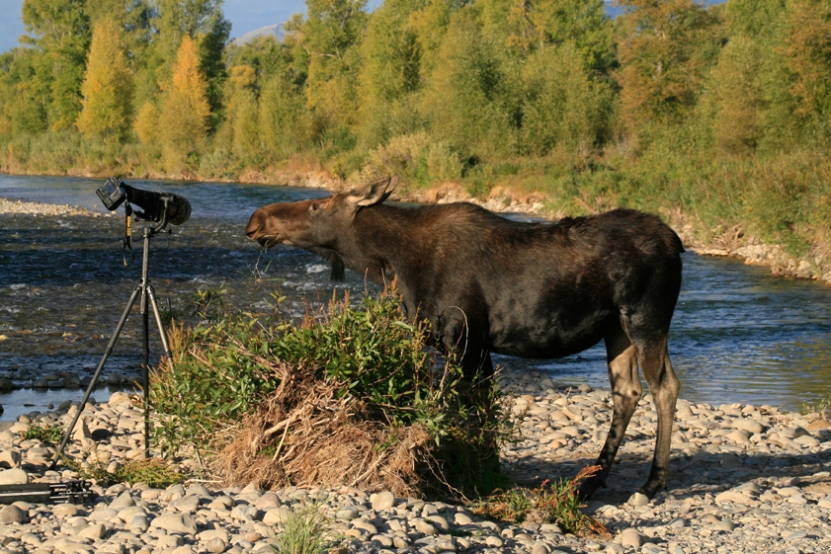 She came out of the brush and headed our direction so quickly, this poor guy had to abandon his equipment. Glad it wasn’t me. He later told me he was “just a bit stressed she might tip it over” as it was about $15,000 in camera gear! BTW myself and the others photographing were so concerned we couldn’t help taking tons of photos. lol. 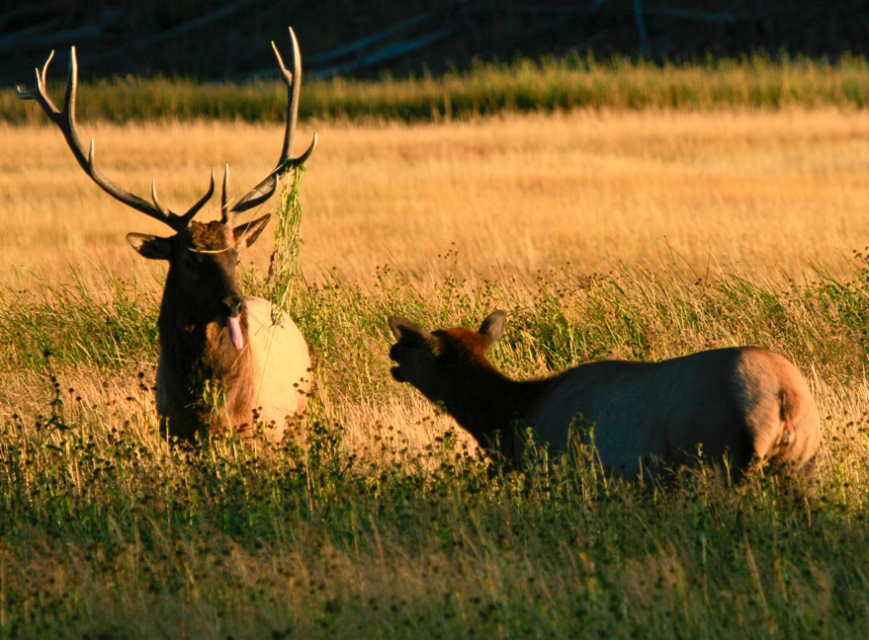 We can all relate. He just got up and was cranky. She didn’t want to move and started yelling at him. He does the mature thing and sticks his tongue out at her…